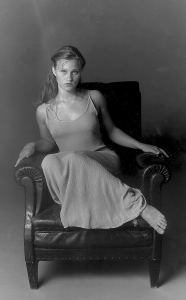 Freelance singer, dancer and composing performer. Based in Denmark.

Music and singing is the essence of my artistic work. I have created 4 solos
combining music and dance, and cooperated with musicians, choreographers, theaters and artists in different constellations. I am always in search for newcollaborations.

I am Specialized in folksinging, especially from north india, bulgaria, turkey and scandinavia. I have also studied singing from ireland, hungary, arabic countries, early western singing, gregorian and byzantine chants. – A constant search to enrich and develop my voice and musicality.

Since 2014 I have been working on Sjaruna songs, written in an invented language, which now, is my main artistic project. www.Sjaruna.dk

I play Viola da Gamba and Yayli Tanbur.In 2019, Bodil Grue made a portrait interview about my life and passion for folkmusic. It can be heard on www.den2radio.dk

GRANHØJ DANSFrom 2003-2017 I participated in more then 600 performances as a singer and dancer in Granhøj Dans. Extensive touring in Europe, China, Israel, U.S.A. and Canada. In 2009 I created the solo-performance I wan´t it all to be so well ,which is a philosofical performance with music, dance, lyrics and singing.I am very gratefull for being able to work with Palle Granhøj for so many years.

Orfeus Balkan Ensemble
Since 2014, solist in a bulgarian folkmusic quartet with Adam Ørvad – Accordion, Filip Filipov – tapan, Ennis Ahmed – Tambura. The Ensemble has released one CD – Zakachka, which can be found on I-tunes.
www.orfeusbalkanensemble.dk

VOKALSELSKABET GLAS
Co-founder and soprano (2001-2013).  A Vocalensemble singing bulgarian folkmusic in new arrangements for choir like Le mystère de voix bulgares and Philip Kutev choir .
“wisdom of birds” is a performance staged at the Glyptok in Copenhagen. The septet is moving, dancing and acting whilst singing the complex compositions. Glas has released two CDs in this Bulgarian genre and was nominated for the Danish World Music Award.

”This was a masterful performance”
- Albuquerue USA march 2009

”…..this piece alternates between visceral, cerebral and dreamlike as our
heroine moves and sings in ways you´ve never heard or seen. I promise.” –
Duke City Fix, Aluquerque 2009